Immerse yourself in an event fit for true leaders and alliances, as you and fellow house members compete with opposing teams for the Throne of Steel honour and to be crowned victors in the final race to Eastaros.

In your houses, you'll need to prepare for battle by designing and creating your own house flag and armour. Furthermore, every army needs mobility so a sturdy ship must be built and your horses must be trained. Target practice is undertaken and team cohesion must be built. Who will wipe out the other promising kings and queens in the final battle for glory?

Teams need to work together to salvage important items washed up from a ship wreck. The items are covered in clues which can be used to decode cyphers. The resulting code will unlock the armour.

A spin on the classic game of battleships as teams must launch ammunition onto the opposing team's waters. They must do this using strategic judgment as the aim is to sink their challengers.

Equally they need to plan for their rivals attack by placing their forces in the least targetable positions.

Nothing screams fury in a fight than an axe. Teams are given a demonstration on the best way to throw an axe on target and then have the opportunity to practice their aim whilst points are awarded for those closest to the mark.

Teams are tasked with building their own working ship to race in the grand finale. They will do this by joining forces to construct a soap box derby style mobile with all the trimmings of the most fearsome battleship. Each team will also create a House flag.

The bow and arrow is a skilled medieval weapon that can hit an unsuspecting target from a distance with correct precision and flair. Guests are taught the art of longbow archery and can practice their technique ready to face any battle which may arise.

This a thousand year old classic Viking game of tactical intimidation and immersive ploys. Teams will go head to head, aiming to knock down their opponent's central king. To reach the majestic target, teams must first mow down all of the opposing team's Kubbs, savoring the royal prize until last.

Throughout the event, teams will need to complete a pack of puzzles filtered around the culture and language of the Dothraki. This is a mind boggling challenge which will require an input from all the wise minds available.

Teams parade into the battle field, donning their armor and waving their house flag. On board their battle boats, readily posed for the final push to win the lands from the weaker. Final points are awarded to the teams based on the asthetics and suitability of their battle kit and ship whilst points from previous challenges are also collated. The top two teams will then go ahead to head in a final boat race. 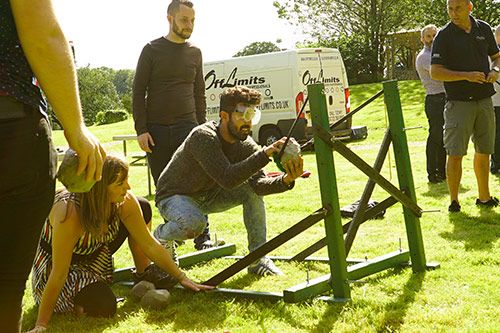 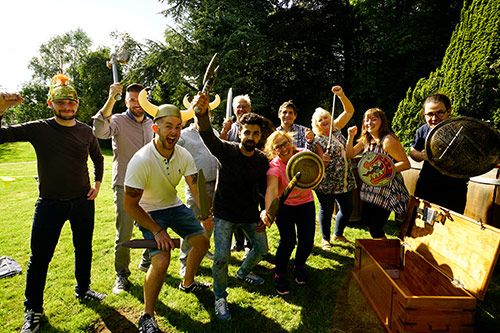 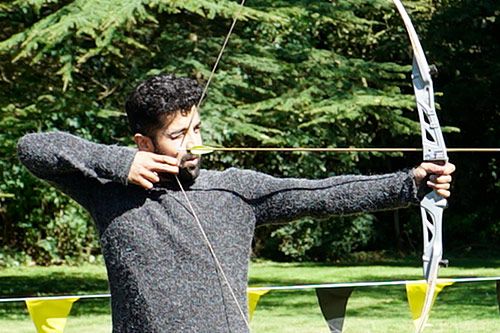