Off Limits Event Professionals is celebrating 50 years of It's a Knockout this year. Its humour, fun and competitive team work still makes it our most popular team building events for corporates. 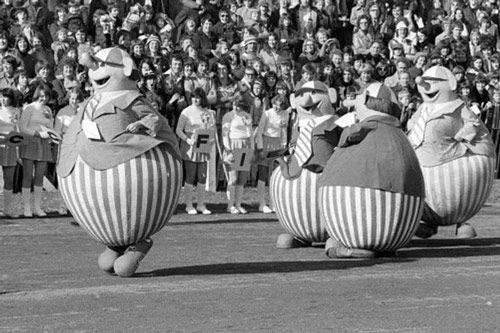 The original It's a Knockout TV series was broadcast all the way back in August 1966 and stayed on TV screens until December 1988. There were numerous TV specials in between and it made a comeback when Channel 5 developed a version of the show in 1999. The original concept involved teams having slapstick-style fun and was often described as a sports day for adults. Teams battled it out against others in giant penguin costumes, bounced on huge inflatables, threw soaking sponges and custard pies, ran in wacky relay races and got covered top to toe in foam. The show quickly spread nationwide with featured teams taking part in events in their home towns. The event also went international with many European countries staging their own versions of the popular game show. The concept seemed slightly absurd but with its competitive edge and hilarious antics, It's a Knockout was a great opportunity for communities to unite.

The fun inter-town Olympic-style event captured the heart of a nation and allowed everybody from all walks of life to take part. It's a Knockout definitely lights a spark of nostalgia amongst many corporate clients and reminds them of the fun and enjoyment that can be achieved through joining forces with the people you work with to achieve a common goal, and having a little competitive fun while you do it! 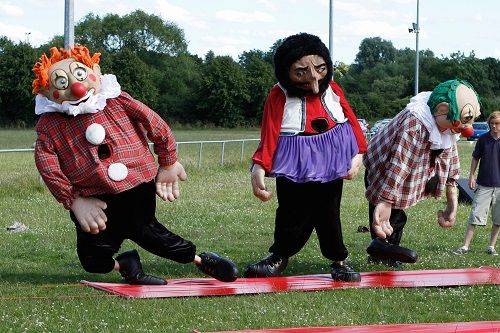 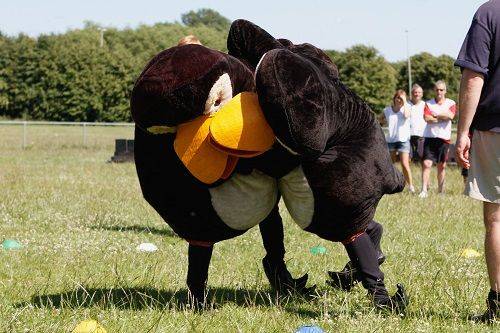 The event is flexible and can be held in multiple locations - indoors and outdoors - both nationally and internationally. We've hosted It's a Knockout in all seasons and at some of the most exciting destinations in the world, including Barcelona, Dubai, and at a former Athens Olympic venue. In the UK, we've staged events in the grounds of country houses, at stadiums, on farmers fields, and in sports halls. The possibilities are literally endless. We've run this event since 2001 and its popularity has never wavered. It's a Knockout has a large Facebook following (over 30,000 and counting), and has appeared on popular TV shows such as Don't Tell the Bride. 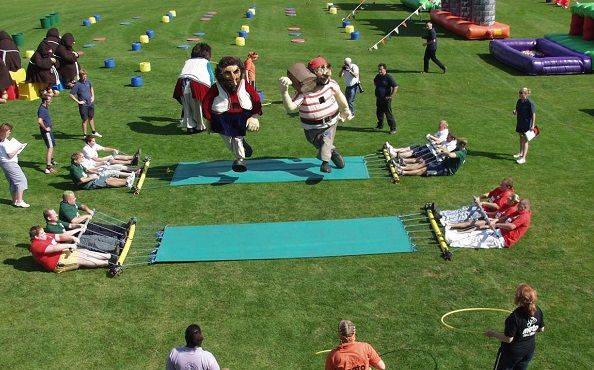 News of its success travelled far and wide â€“ to India to be precise. In 2010, Kooh Sports contacted Off Limits director John Tarr about tailoring the event for the Indian audience. A Â£1million deal was negotiated and 14 bespoke games created. An event manager flew over to India to train staff and help launch It's a Knockout.

We also own all of the original costumes and inflatables from the BBC, making the event a truly authentic experience for our clients. It's A Knockout takes individual team members out of their comfort zones and helps them recognise new and undiscovered skills. The receptionist can take on the director, making it a level playing field for all layers of hierarchy within a company.

â€œOff Limits have been running It's A Knockout events for many years and the demand is ever increasing, we're busier than ever with corporate bookings for this popular team building event. We feel really honoured to be carrying on the It's a Knockout legacy and carry the torch for a whole new generation of clientsâ€ Martin Stephens, Director at Off Limits Event Professionals

It's a Knockout is a jewel and a national treasure and likely to be around for another 50 years!

Have you experienced It's a Knockout? What's your best memory from the popular team building game?