The Olympics is a leading international sporting event with many countries around the world competing against each other, which makes it the ultimate team building event. Originally organised for the Olympic Gods in Olympia, Greece, the Games date all the way back to 776 BC. The Olympics went through a series of trials and tribulations between 1900 and 1911, but when Stockholm was the host city in 1912, its fortunes were transformed. All five continents competed for the first time ever, and women's swimming was introduced. The modern Olympics we know and love today was born. Today, over 204 countries are represented in the Olympics and the Games are steeped in history, passion, glory and prestige.

What makes the Olympic Games such a unique and epic sporting event?

It's an opportunity for talented individuals around the world to compete and come together to share common values and celebrate national identity. It unites nations around the world and shows the human side of each country. Communities are created, triumphs celebrated, losses commiserated, and incredible stories told.

At Off Limits Event Professionals we've designed a number of team building events to honour the greatest sporting event of all time. The activities unite employees in the workplace and showcase the skills, strength and endurance of colleagues. The activities will make you feel like an Olympian for the day and carry all the emotional attributes that come with bonding, fun, physical challenges, communication, interaction and creativity.

A great way to motivate the troops and it'll certainly bring out the champion in everyone. The Olympic Challenges are a medley of events inspired by the Games themselves. Join forces with fellow team mates and use communication, problem solving and creativity to smash the challenges and take home the gold medal. Activities include passing the Olympic rings from A to B without letting them touch the ground, choreographing the opening ceremony, blindfold Olympics, jumping over the inflatable hurdles, archery, and representing your country on the inflatable obstacle course. Delegates walk away feeling like Olympians at the end of the day. 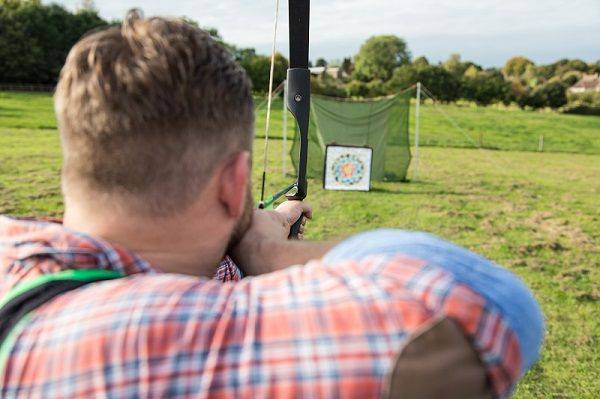 Each team represents a country and competes in six fun events that take brains, muscle and team spirit. The event features six very different games and gives team members the opportunity to show off their existing stills while learning new ones. Each country gets an information pack and flag, and is split into teams for the activities, which include the popular triple jump, javelin and shot-put, mini hurdles relay, garden darts, boules, giant human table football, blindfold synchronised swimming, bungee curling, and bouncy boxing. 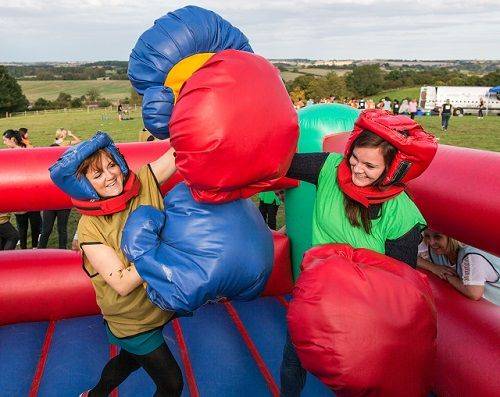 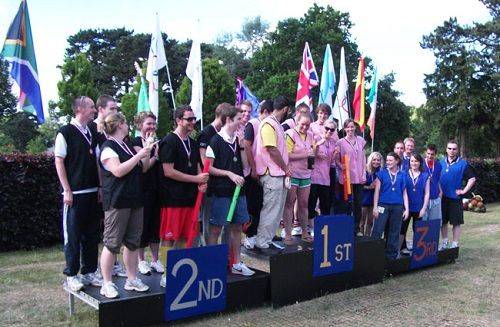 You can create a gold medal-winning gourmet meal in this colourful, indoor team building event. Teams are given a selection of seasonal ingredients and tasked with designing a menu themed around their nominated country. The exciting plates will be whipped up by master chefs. This is a great opportunity to get creative and practice time management skills.

A fun indoor team building event that tests both creativity and practical skills. Delegates are challenged to create batch of cupcakes with an Olympic theme; the embellishments must represent one the competing nations. A skilled chef will be on hand to teach essential techniques and share baker's tips to. Will your colleagues reach Olympic cupcake victory or will they fall flat at the final hurdle? 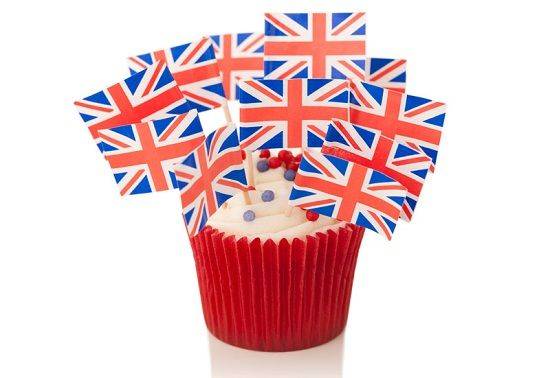 Nothing will bond your colleagues better than food. The Olympic Nutrition Challenge is a team building event that involves creating a menu for an athlete and looking at what it takes to power champions to victory. Each team will need to design a menu for an athlete from a specific discipline using only the ingredients and equipment provided. This event will test your planning budgeting and analytical skills, getting colleagues to think about what needs to happen behind the scenes to achieve greatness.

Have you tried one of our Olympic team building events? What did you enjoy the most?